We Will Have Beans this Summer 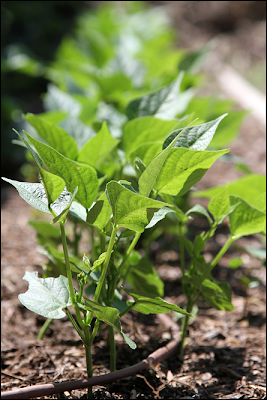 I have an excuse for not writing for awhile...and it's a good one....I've been busy. 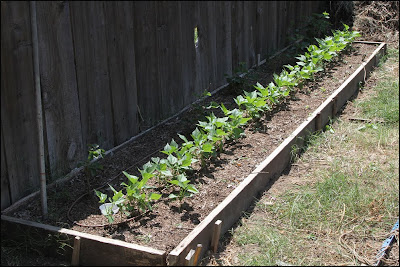 Here are the beans that escaped the marauding herds of voracious pill bugs (rolly pollys, sow bugs...whatever...those little guys can eat!). I've replanted this spot twice and another one 3 times (it is now the pumpkin bed). 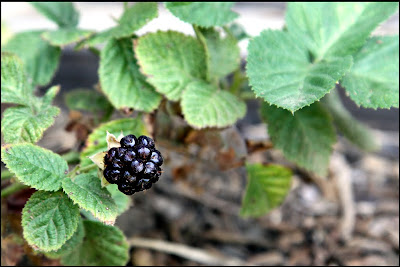 Up against the fence in this same bed are the transplanted olallieberries that a friend gave us this winter. I'm assuming the harvest will improve in the coming years:)
Edit~ I was asked what an olallieberry was (we've always just considered them a blackberry) and I found this definition.
Genetically, an Olallieberry is approximately two-thirds Blackberry and one-third European Red Raspberry. The Olallieberry was developed in 1949 by the U.S. Department of Agriculture at Oregon State University by crossing a Loganberry with a Youngberry. While primarily developed in Oregon, it has never been very productive there and is primarily grown in California. Because the olallieberry has blackberry on both sides of its parentage, it exhibits many of the same flavor characteristics of the blackberry. However, olallieberries are much larger in size and generally are sweeter than blackberries grown under the same conditions.
...thanks for asking Barefeet :)
Posted by Maureen at 7:36 PM 5 comments:

Garden Update for May Day

It is always fun to cross the street and see the garden, even doubly so when Pecan our transplanted cat greets us. Quickest purr in the West.

This is one of my responsibilities, the compost pile. Actually quite a fun venture. Pile a bunch of stuff and watch it rot. This is the half that is left over after sifting the good stuff out. This will break down for a while more. Some will be added and then the sifting will begin again. Probably not the "correct" way, but it works for us and we get good compost. 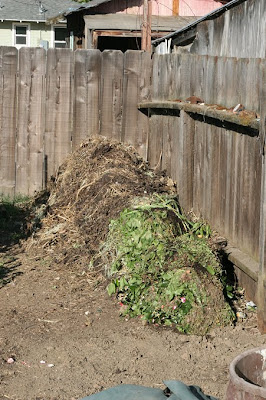 The next three pictures are of beds recently planted. In the first you might just be able to pick out the new O'Henry peach planted (way way back there) near the shed on the right (note from Maureen~ I will post a close-up photo in the next day or so). The rest are general pictures of the beds and some of the many tomatoes that have been planted this year. We are now up to 74 plants, counting the ones in our home garden, of the 110 eventually going into the ground. 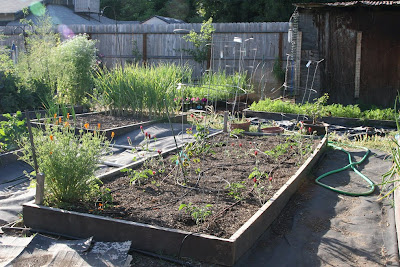 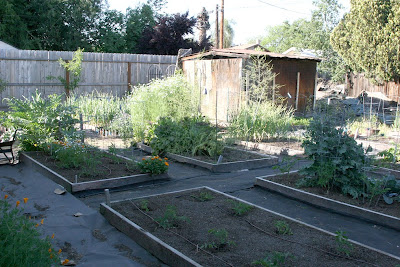 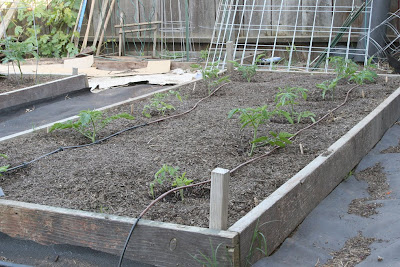 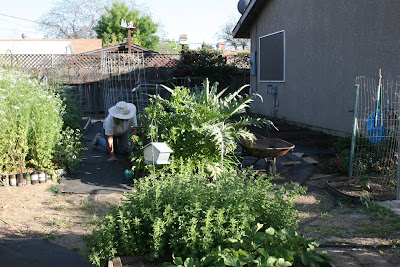 Maureen is weeding around the artichoke, cilantro going to seed on the left there and oregano in the foreground of the photo.
Look close and you will see one artichoke and three smaller ones in this picture. 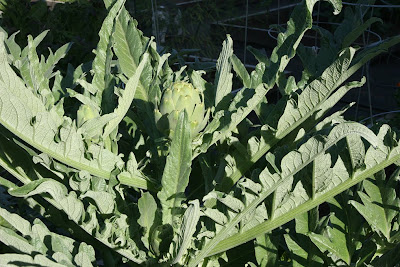 With all said and done, a good weekend.
...and in case you were playing the 'Where's Waldo' game with us~ 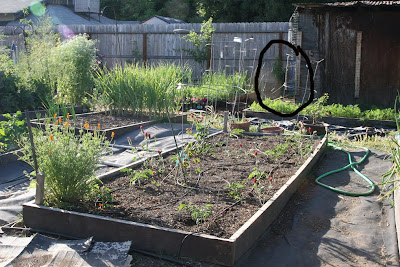 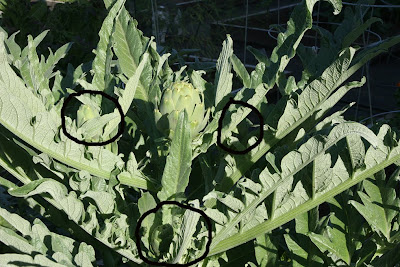 This is Who We Are

Steve and I have started a new undertaking towards sustainable living....'renting' land in exchange for veggies. Our home garden is simply not big enuf to support our family of 6 very hungry people and with several trees in the yard to help us get thru the 'hell' we call summer in the Central Valley of California we can only cultivate so much of our city lot ...is a town of 10,000 officially a city?

Follow us on our adventures in gardening in our lovely neighbor Joyce's yard. Our desire is to become strangers to the checkout gals at the grocery store.

(green means we did it :)
* Build picket fence
* Build, mulch, and plant 4 raised beds (did all!)
* Cut down Cedar outside of back fence
* Do research on Heat Zone berries
* Map out and DG (decomposed granite) walkways
* Start Compost Pile
* Till entire yard
* Install drip system